I went to Lao Long Tou with Chad & Krystal--a married couple from Oklahoma who are also teaching at QFLPC with ELT Edge. We brought with us a couple of my students (Rose & Anna) to help translate for us and get us there and back. Anyhow, on to some pictures with captions: 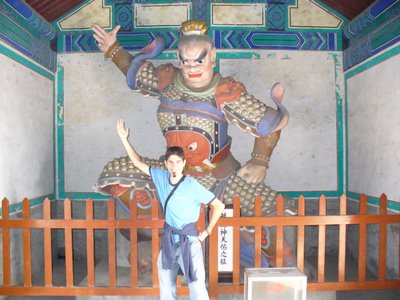 This was outside the sea god's temple. The sea god is
supposed to keep the fishermen safe. I couldn't resist
posing in front of this :). 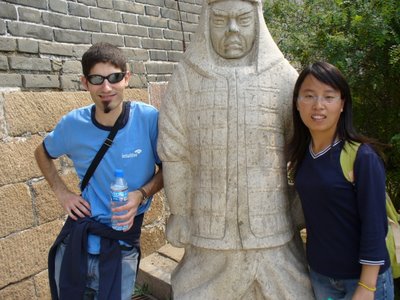 This is Rose (one of my students) and I. 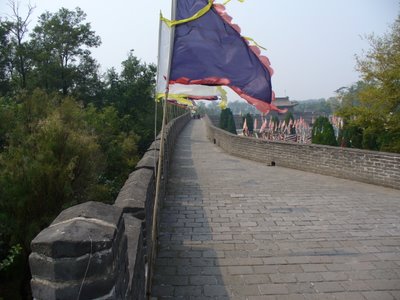 From here you can see the great wall stretching out into the horizon... 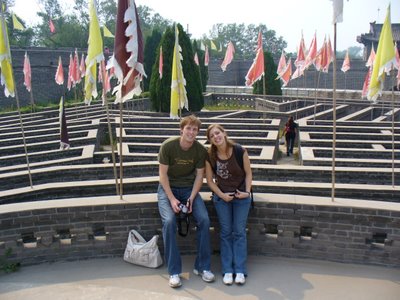 This is Chad & Krystal posing in front of this cool maze thing
that was next to the great wall. It was pretty difficult to
get to the center. 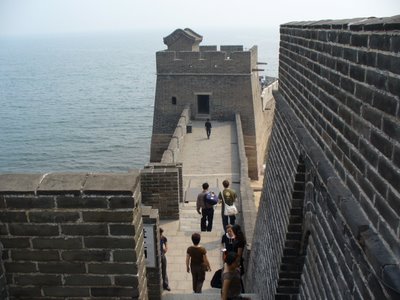 This is the Old Dragon's Head--the
great wall extends out over the ocean a bit. 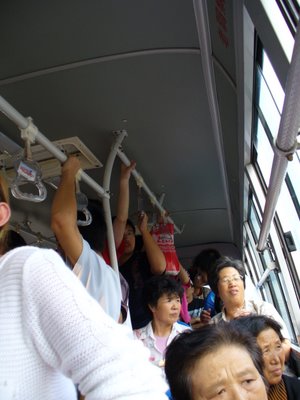 The bus on the way to and from Lao Long Tou was
extremely crowded, as it tends to be...

I'm not sure what to say about these, so they don't have captions... 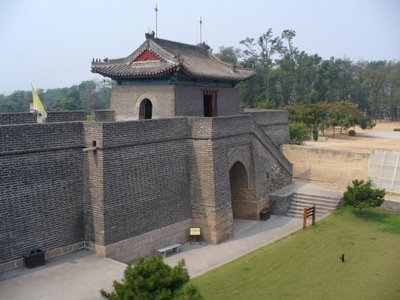 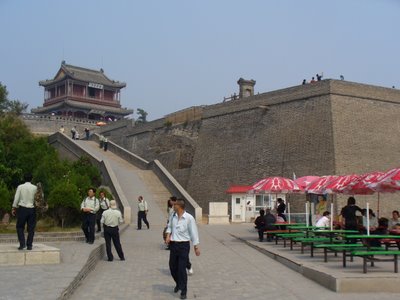 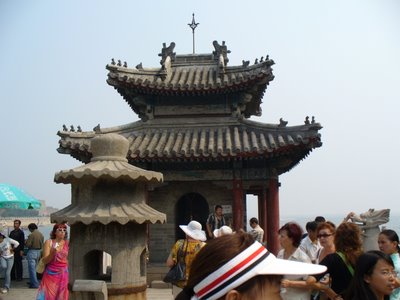