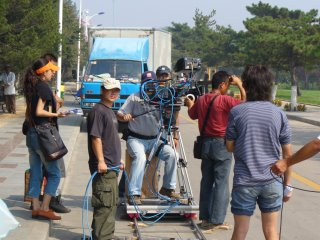 Last Sunday, I made my Chinese acting debut. I never imagined I'd come to China and have a speaking part in a movie, but that's exactly what happened. There's a lot I don't know about the movie (such as the name of the movie...even if I did know, I doubt I'd remember it or be able to pronounce it!), but here are some things I do know:

How did I wind up doing this? That's a good question. I guess foreigners are in short supply. The movie company contacted the school, knowing that since the school is a foreign language college, they would have some foreign teachers. The International Cooperation office (which is the office of the school that deals with us foreign teachers) asked me to do it. I was reluctant at first, but I was short on money since the school hadn't yet paid us and the movie company was paying 200 RMB, so I said yes. And in the end it was pretty fun and interesting. And at the very least, it makes a good story :). Here are some more pictures for your enjoyment. 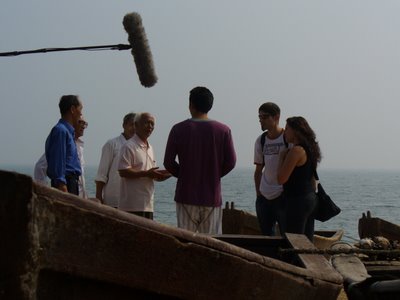 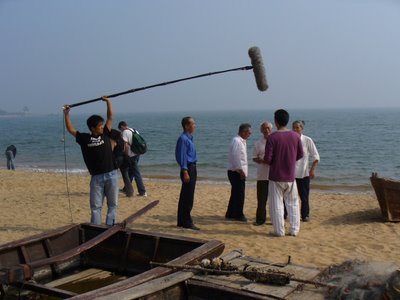 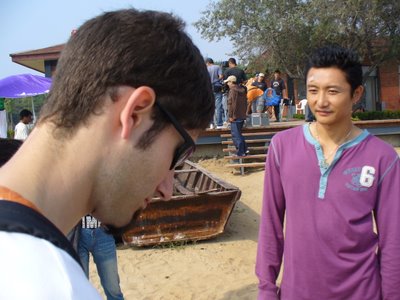 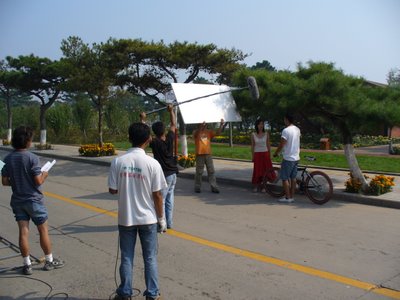 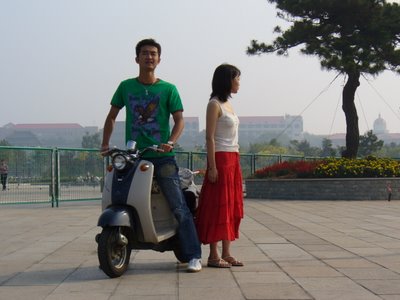