After spending a day in Bangkok, Drew and I took a sleeper train to Chiang Mai in the northwest of Thailand, arriving the morning of January 20th. Overall, Chiang Mai was one of my favorite places we went on the whole trip. The weather was gorgeous every day we were there. We had lots of really, really good Thai food (the Thai ice coffee in Chiang Mai is particularly excellent). Chiang Mai is the kind of place you could easily spend a week or more. Unfortunately, we were only there for three days. But it was a fantastic three days. On our first day in we rented motorbikes and just explored town. We went on a jungle trekking tour on our second day. I had the craziest "It's a small world after all" moment on the tour. We went on the tour with 6 other foreigners--one of which was a girl who graduated from my high school (Kentwood High School in Kent, WA) two years after me. My high school had a fairly large student body (~1700 students, if I remember right), and I had never met her before. We just started talking about where we grew up on the tour. It turns out that we have some of the same friends, and my sister has taken classes from her mother and played on Kentwood girls tennis team with her sister. And we randomly meet on this jungle trekking tour in Thailand??!! (Cue "It's a Small World After All"). The tour was great--especially the elephant riding :). It also included a bamboo raft ride down the river and a hike through the jungle to a waterfall.

On to the pictures... 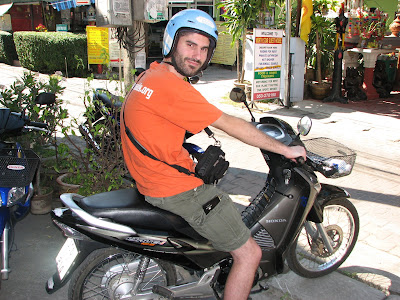 I had never ridden a motorbike before, so I was a bit worried about how I'd fare, especially with the added complications of the manual transmission and the fact that you drive on the left side of the road in Thailand. But it turned out to be really fun and not that difficult. 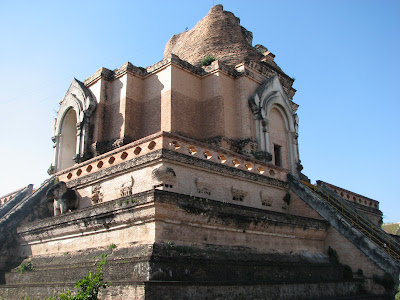 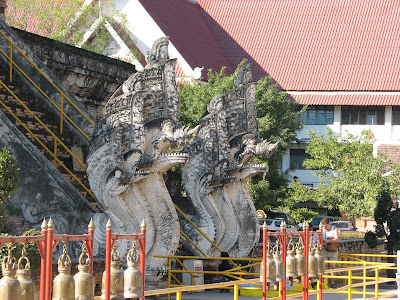 This is Wat Chedi Luang, a temple complex built in the 15th century that is right in the center of Chiang Mai. 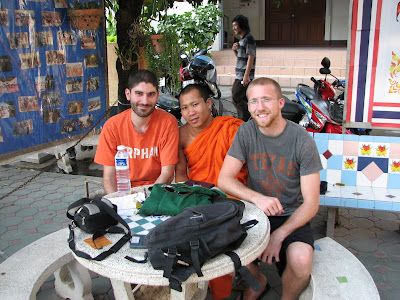 At Wat Chedi Luang, we participated in "monk chat". There are a few monks sitting around, waiting to practice their English with foreigners. It also gives the foreigners a chance to ask the monks whatever they like about Buddhism, Thailand, monastic life or whatever. Drew and I talked with this monk-in-training (who was actually from Laos, not Thailand) for about an hour. 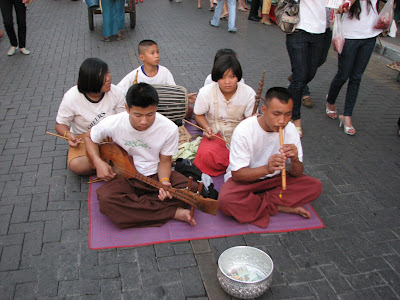 Some buskers at the Chiang Mai Sunday market. 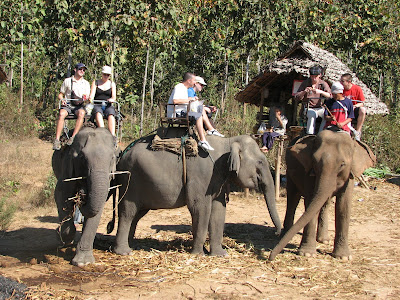 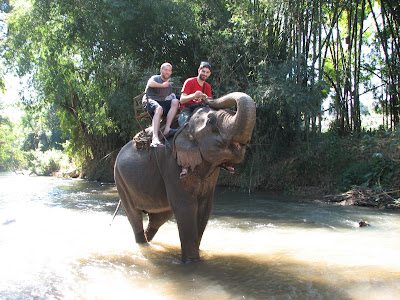 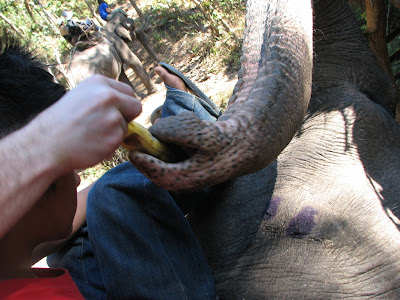 Every few steps the elephant would stop and put its trunk over its head to ask for some food (bananas and sugar cane). Mostly, I think this was a tactic for the elephant breeders to make more money, since we had to buy the fruit, but it was kinda fun to feed the elephant, too. 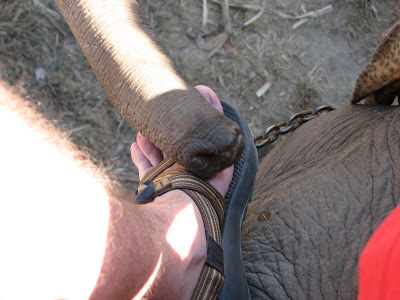 At one point, this baby elephant came over and touched me with its trunk. Elephants are really friendly creatures. At least the domesticated ones. 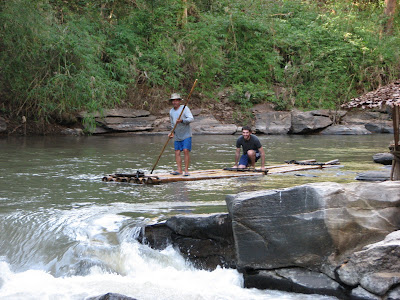 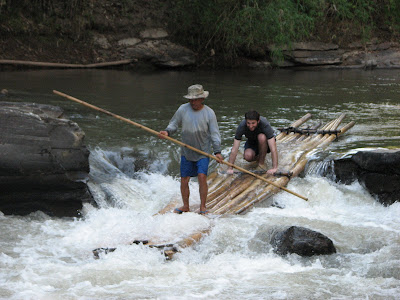 On our third and final day, we just caught a flight to Krabi, in southern Thailand.