After spending a few days in Chiang Mai, Drew and I flew to Krabi, on the southwest coast of Thailand.  In Krabi we met up with Roslen Sipat, a Filipino Pastor running an English language school in Thailand.  He lives in Krabi with his wife and one of his sons, and at the school with him are a few others, including Christine, an American from California.

Our first day in Krabi, we rented motorcycles and explored a bit.  Our first stop was Wat Tham Suea, a temple complex with 1200 stair climb to the top.  It was extremely exhausting getting to the top, but I'm sure it was good for me :).  Actually, I thought the highlight of the Wat was the monkeys that were everywhere.  I'm not really sure why, but I really, really like monkeys.  After the Wat, we biked over to one of the nearby beaches and enjoyed dinner there.  In the evening, we also helped out with one of the English classes at Roslen's school.

On our second day in Krabi, we took a speed boat tour around some of the nearby islands, stopping at several different beaches.  Thailand definitely has some of the best beaches in the world.  In the evening, we went with Roslen to a Thai funeral.  It felt a bit random to wind up at a funeral while we were in Thailand, but it was cool to meet some of the locals.

The next day we took a van to Phuket, where we spent one night. 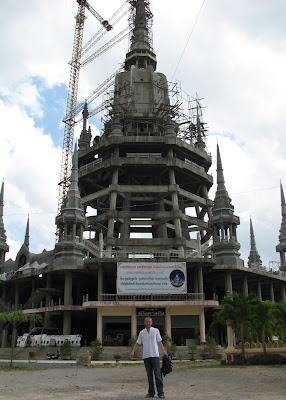 Some construction at Wat Tham Suea. 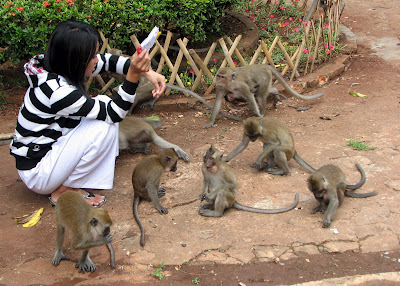 The Wat grounds were covered in monkeys! 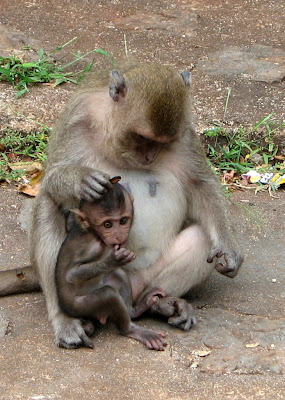 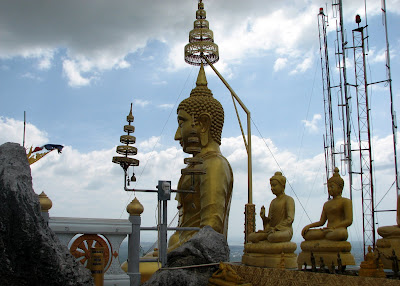 The top of Wat Tham Seua. 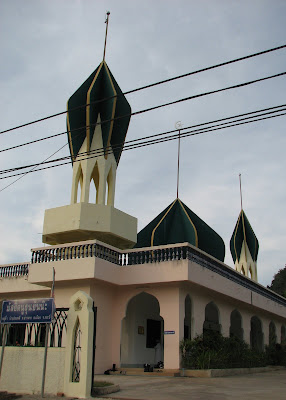 A mosque we passed on our motorcycles. 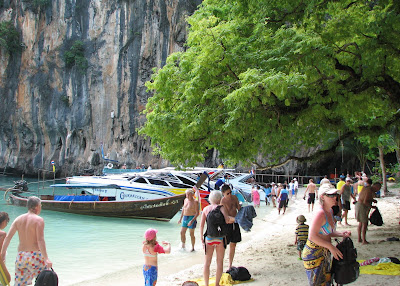 One of the beaches on the speed boat tour. 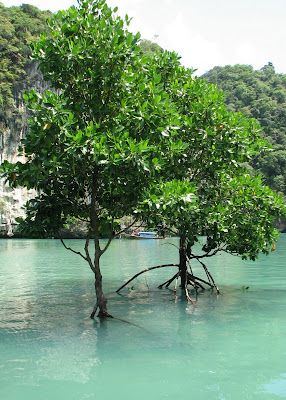 Some trees growing in a lagoon that we stopped at on the speed boat tour. 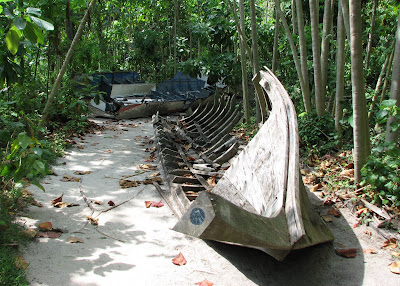 This boat wreckage is from the December 2004 tsunami and has been left on the beach as a reminder. 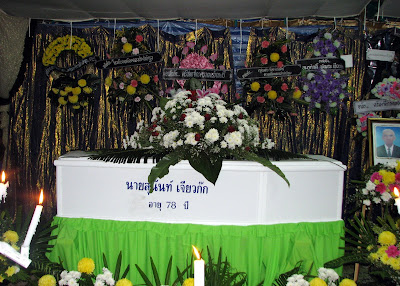 The casket at the Thai funeral we attended. 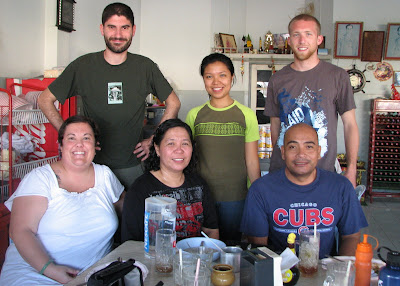 Roslen and the rest of the good folks we stayed at in Krabi. 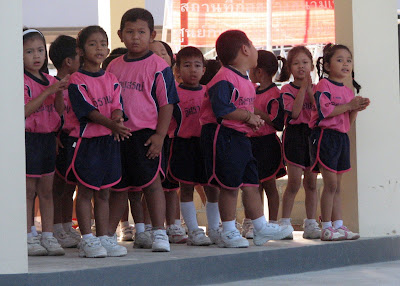 Thai children in their school uniforms, at school. 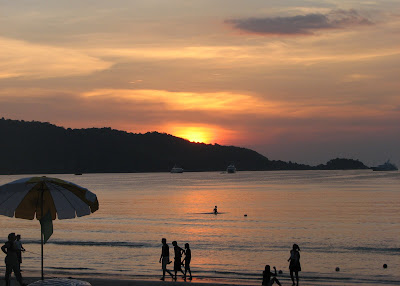 From Phuket we flew back to Shenzhen via Bangkok, arriving back in China on January 26th.