After spending about a week in Lhasa and Shigatse, Tibet, Drew and I took the the train to Lanzhou in Gansu province. The "Lhasa Express," as the train is often called, is one of the most amazing trains in the world. It's the world's highest railway, with sections going over 16,000 feet. The train is equipped with special oxygen masks for all passengers to assist with the lack of oxygen in the air at the high altitude. There were also significant engineering challenges in building the track, which you can read about at the wikipedia article. The view from the train is also pretty incredible, as these pictures show: 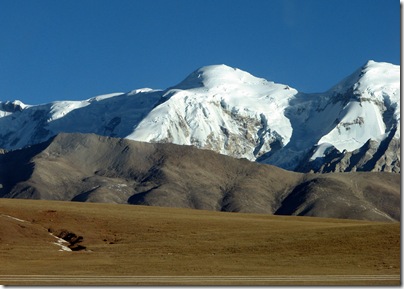 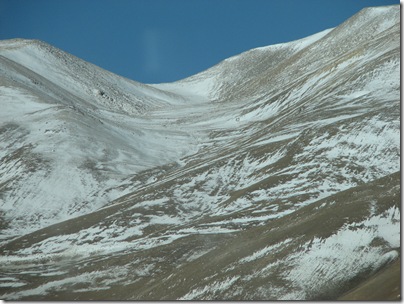 After spending 28 hours in the train, Drew and I arrived in Lanzhou on Chinese new year. Lanzhou isn't really a tourist destination, and the few things that might have been worth seeing were closed because of the holiday. Drew and I had only visited Lanzhou because it was a key transfer point to get from Tibet to Xinjiang, in northwest China. (Unfortunately, there's no way to go directly from Tibet to Xinjiang). We flew out the next day, February 8th, to Urumqi, Xinjiang. 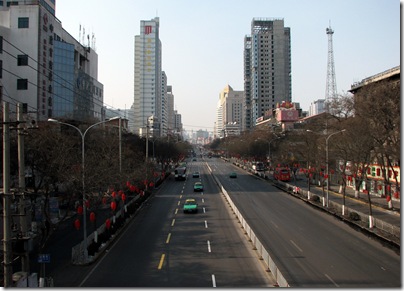