Drew and I spent a total of five days in Tibet. We spent most of our time in Lhasa. We also took a two-day excursion to Shigatse, the second biggest city in Tibet. Many Han Chinese (the dominant ethnicity in China--over 90% of the Chinese are Han) have moved to Lhasa, creating separate Han and Tibetan sections of town. In contrast, the residents of Shigatse are almost all Tibetan, which was the main reason Drew and I chose to visit. We were also hoping to continue on to see Mt. Everest, but that didn't work out :(. It's a shame that we made it to Tibet and didn't get to see the tallest mountain in the world, but we were short on time since we had bought a train ticket to leave Lhasa the morning of the 6th. Tibetan new year was coming, and we were told there would be less transportation availability in the next few days as a result. If we had chosen to continue on to a point near enough to Everest to see the mountain, we essentially would have spent the rest of our time in Tibetan just getting rides. 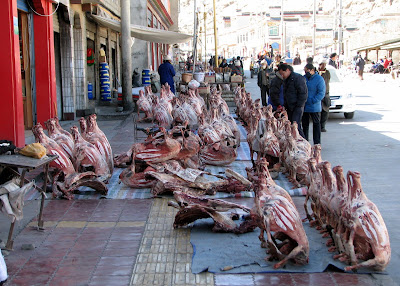 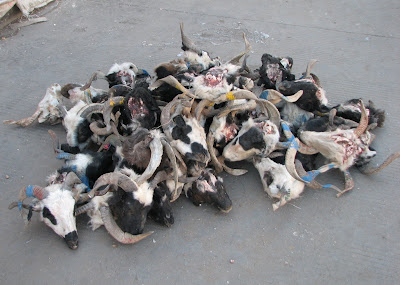 The Tibetans don't seem to have any problems selling corpses or heads on the street, as we saw this in several places. I think these are lamb corpses and lamb heads. 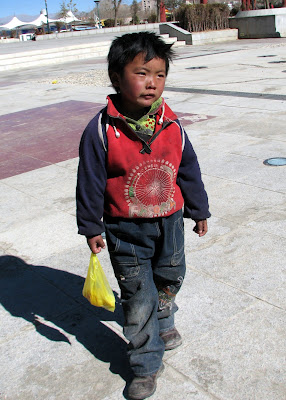 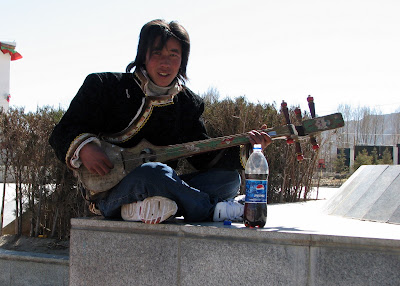 A few Tibetans we met in the Shigatse main square. 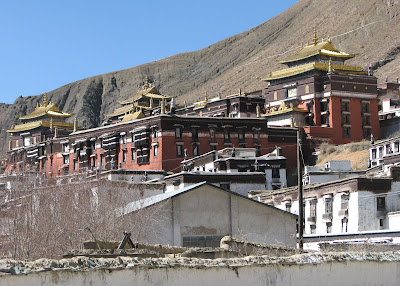 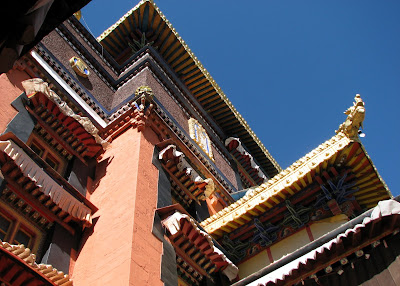 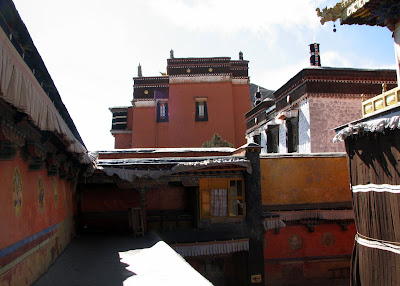 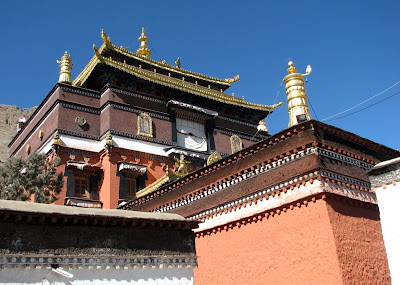 The Tashilhunpo Monastery, built in 1447. 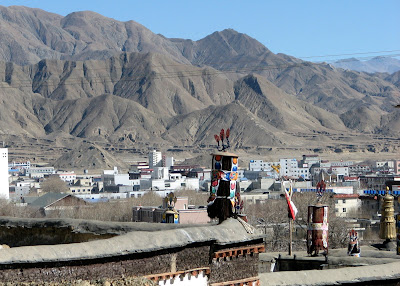 The view of Shigatse from the monastery. 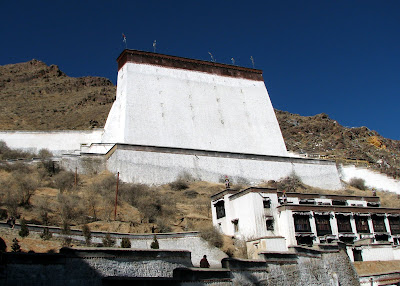 This is what remains of the once imposing Shigatse fortress. 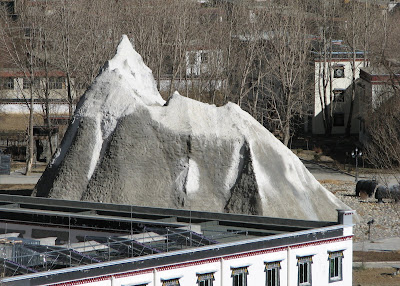 I'm not sure what purpose this little fake mountain serves, but it makes an interesting picture :). 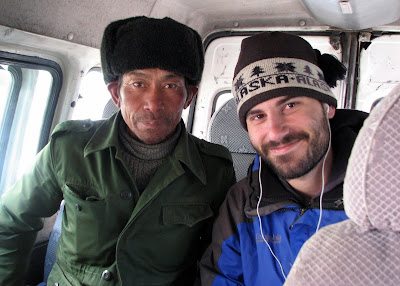 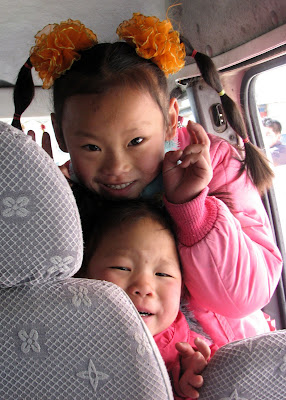 Some Tibetans we met in the van we took back to Lhasa.

After spending two days in Shigatse, we returned back to Lhasa to catch our train on to Lanzhou on February 6th.