From Lanzhou, Drew and I took a flight to Urumqi, Xinjiang on February 8th. Xinjiang is the northwestern most province of China. It is also the largest province in China by a huge margin, being about the same size as Alaska. Xinjiang is also home to a large ethnic minority known as the Uighurs (also spelled Uyghurs). The Uighurs speak a Turkic language with an Arabic script, providing us with the 5th written script we had encountered on the trip (the others being Chinese, English in Hong Kong, Thai and Tibetan).

Urumqi is a really interesting place. It's part of China, but it really doesn't feel like it. Many of the local people have lighter skin color, looking almost European. The architecture, as you'll see in the pictures below, doesn't look Chinese at all. Urumqi also has the distinction of being listed in the Guiness Book of World Records as being the most remote city from any sea in the world. The nearest sea or ocean is about 1,400 miles away. 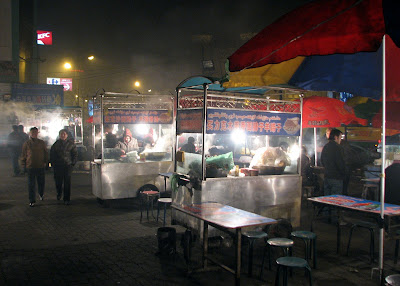 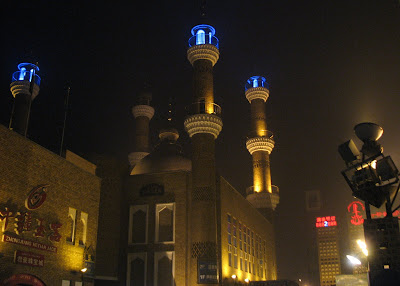 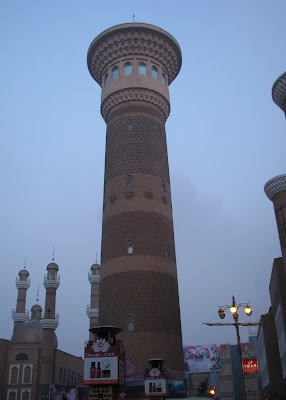 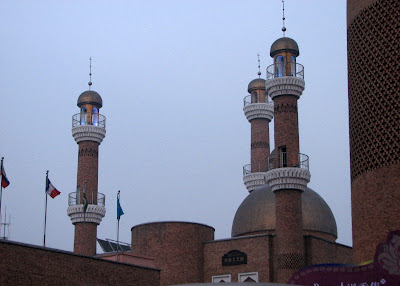 Some of the interesting architecture of Urumqi. It kind of reminds me of Russia. 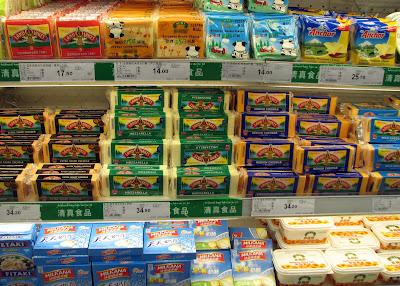 The cheese motherload. I've never seen a stash of cheese like this anywhere in China, even in Beijing or Shanghai...and yet here it is out in Urumqi, one of the most remote cities in the world. You have no idea how much I miss cheese :(. 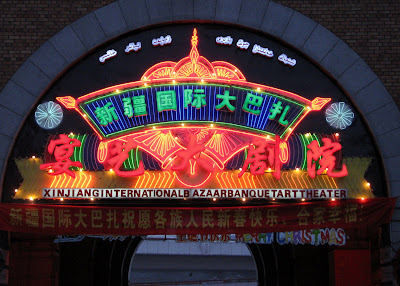 One evening we went to the XinjiangInternationalBazaarBanquetArtTheater (gotta love that Chinglish lack of proper spacing!). The theater had a nightly program featuring local music and dancing. 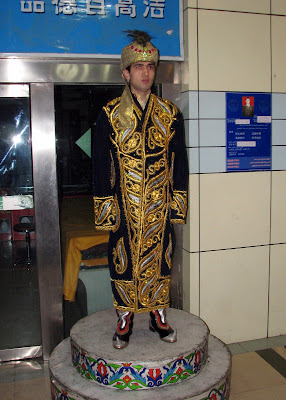 This guy stood in the lobby, acting like a statue. 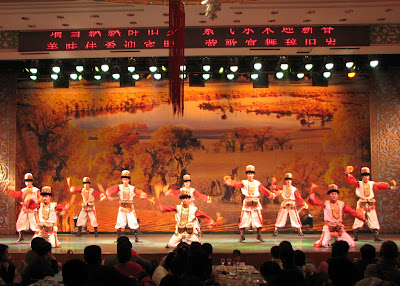 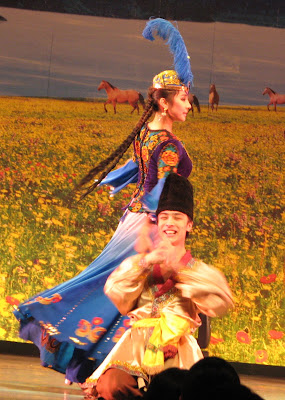 A few of the dances. The Uighurs wear some of the most colorful clothing I've seen anywhere. 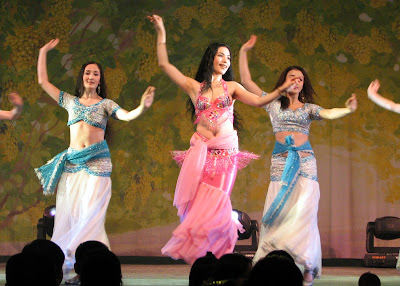 Virtually all of the local Uighurs are Muslim, so I was surprised to see that they don't quite have the strictly enforced dress codes of many other Islamic cultures. 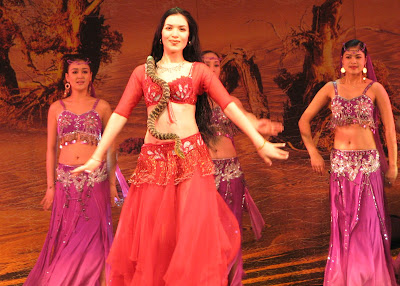 Check out the snake! 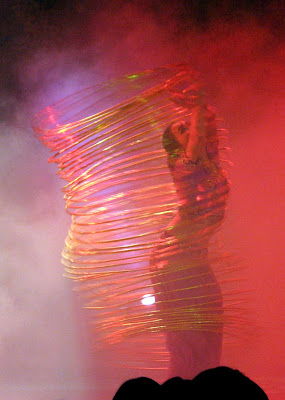 This dancer has gotta be the world's best hula-hooper.

After spending a two days in Urumqi, we flew to Kashgar, another city in Xinjiang province.