Now that I'm mostly settled back in Seattle, I'm going to revisit a couple of my trips in China that I never got around to posting before.  This post is the first of those.
One of the three main holidays in China is labor day, which takes place May 1st.  The government shortened it in 2008, but it was previously a full week off work/school.  As you can imagine, there are a lot of people using the transportation system during these holidays.  I had previously traveled with some other teachers from my school during the National Day Holiday, and while we saw some cool stuff, there were huge travel frustrations because of how overcrowded the Chinese transportation system gets when a billion people are all trying to get somewhere.  So, this time we decided to go a week before the break and try to beat the crowds.  Josh (one of the other American teachers at my school) and I tweaked our teaching schedule a bit and headed to nearby Shandong province.  We went to Tai Shan (one of China's sacred mountains) first, and then headed to nearby Qufu (the birthplace of Confucius).

Tai Shan really wasn't anything special.  Of course, both Josh and I had been to Huang Shan and Chiang Bai Shan, and it's a bit hard to be impressed after seeing mountains like that.  We didn't even make it all the way to the top. 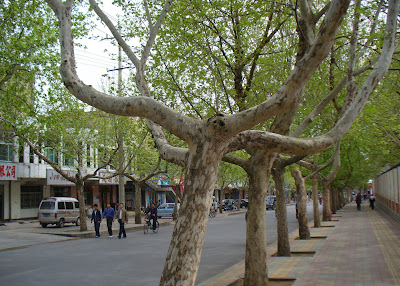 The streets of Tai'an, the city at the foot of Tai Shan. 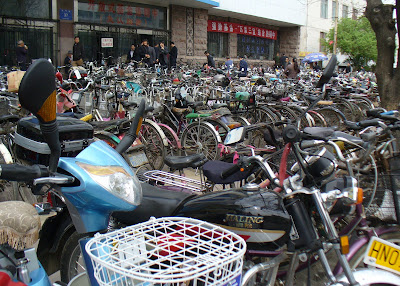 You've probably heard that everyone rides bikes in China.  Yep, it's true :). 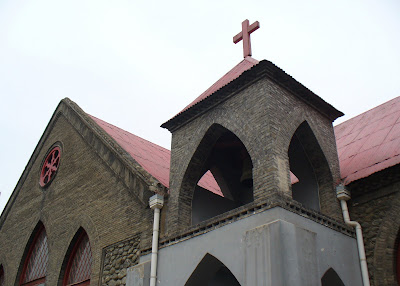 A registered church in Tai'an. 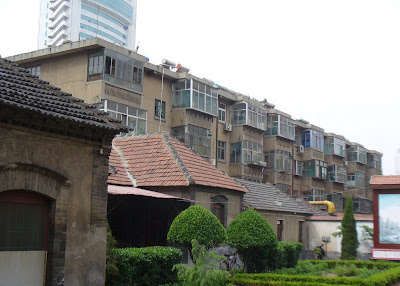 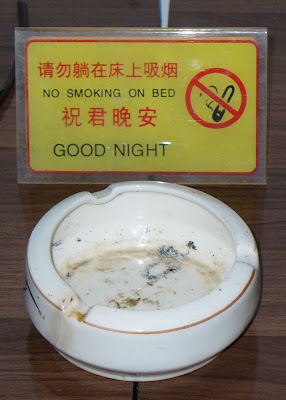 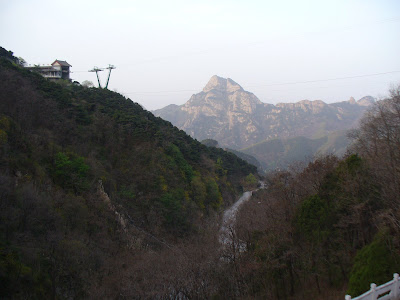 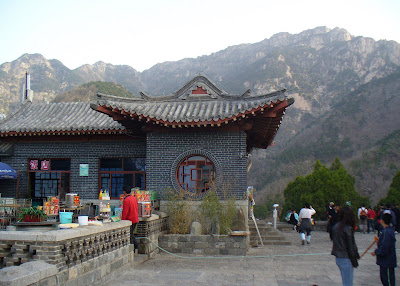 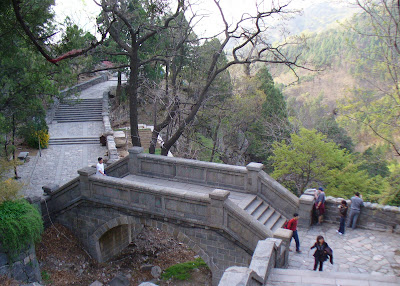 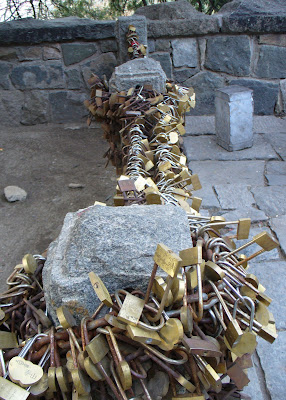 I've seen rows of locks like this in many places in China, and I'm still not really sure what it means.  I think it's just something the Chinese do at a tourist site, kind of like how westerns throw a coin in a pool.
Qufu

Qufu is the hometown of Confucius, and unlike Tai Shan, it's way cool.  Virtually all of the residents claim to be descendants of Confucius, but 2500 years later, it's probably impossible to trace it back anyway.  The coolest part of Qufu was the cemetary, where Confucius and many of his relatives and descendants are buried.  Josh and I rented bikes to in the cemetary and pedaled around it. 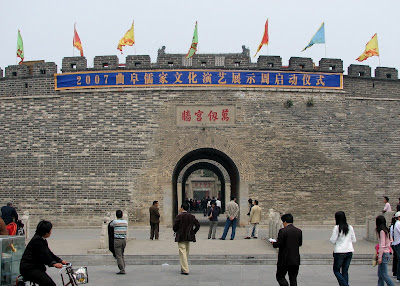 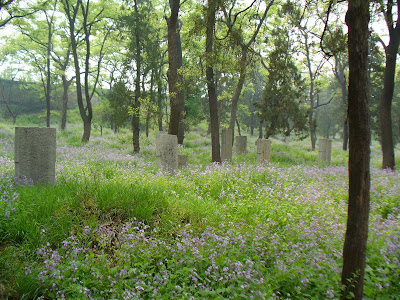 The cemetary was covered in a carpet of these flowers.  Absolutely gorgeous. 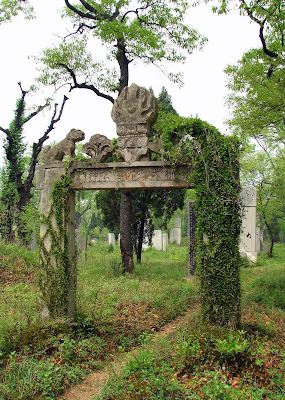 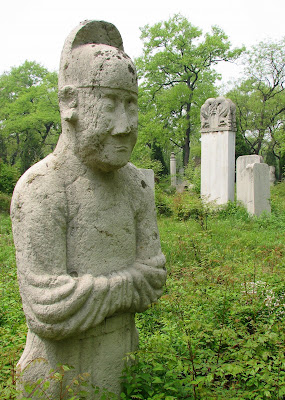 There were stone sculptures throughout the cemetary. 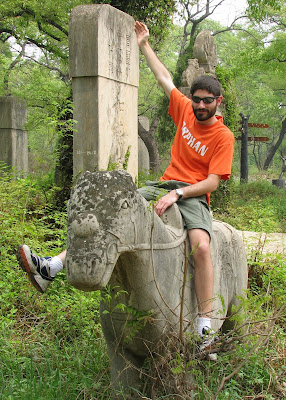 I'm not sure that this was allowed, but no one was around to stop me :). 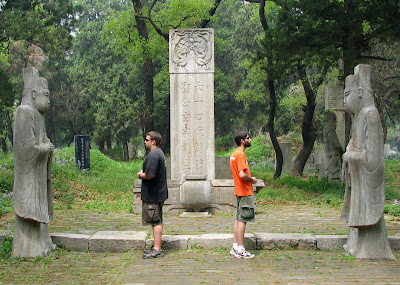 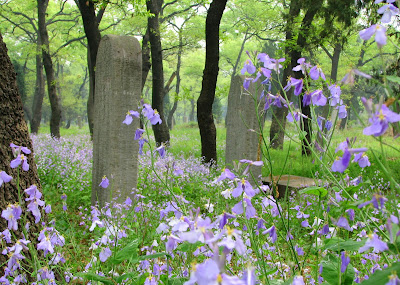 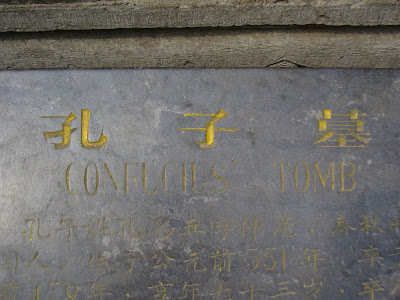 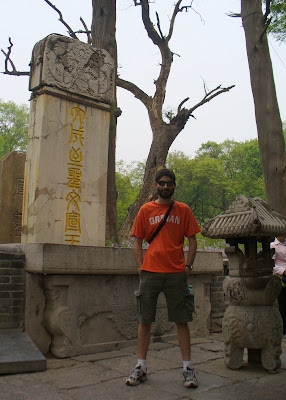 This is the monument next to the grave that says something like "Confucius is buried here". 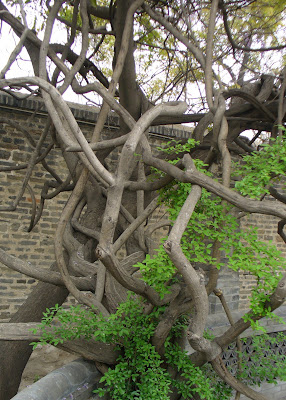 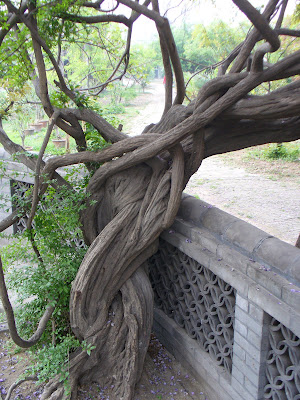 I also went to the Confucius mansion in Qufu.  This is from the gardens there. 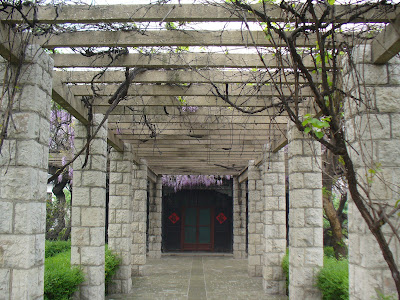